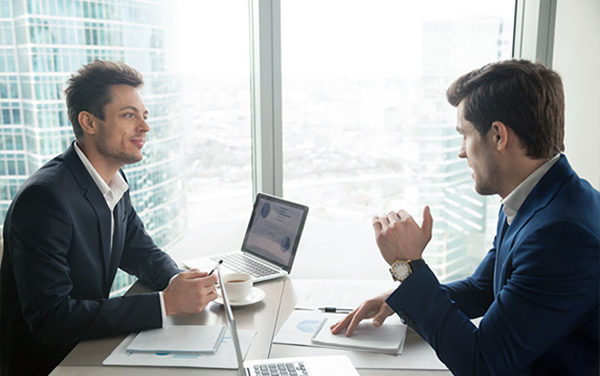 Some insurance buyers express concern over whether a carrier is Admitted or non-Admitted, but what does that mean, and when it comes to an insurer’s claims-paying ability is that the only or even the primary concern? Read on to see the answer, and more importantly how to find your insurer’s financial strength and stability ratings.

Being Admitted means that insurer has had its rates reviewed and approved by a state’s Department of Insurance, and has been given a license to operate under that state’s requirements for admitted carriers. However, a carrier can legally operate in a state on a non-Admitted basis, also known as a Surplus-lines basis, as long as they are on the State’s List of Eligible Surplus Lines Insurers (LESLI list), which is the list maintained by the Department of Insurance of non-Admitted Surplus Lines carriers that are approved to do business in that state.

Why would a carrier ever choose to operate on a non-Admitted basis? There are a number of reasons, but one of the foremost is flexibility: Admitted insurers are required to file all of their rate structures with the Department of Insurance for approval, and they have to stick to those filed rates for every customer regardless of any unique characteristics that might deserve a lower or higher premium. Whereas non-Admitted insurers are free to customize a policy to match the characteristics and needs of less common customers or more unique industries, without having to first get a supporting rate plan approved by a state’s Insurance Department. This often means more traditional or common businesses types will be written by Admitted carriers, while operations with emerging risks or with specialized coverage needs will be more commonly accommodated by a non-Admitted carrier.

As an example of this, Scottsdale Insurance is headquartered in Columbus, OH. They operate two companies: Scottsdale Indemnity Co, which is Admitted and writes commercial coverages for relatively common and predictable types of businesses falling within a specific risk-profile; and Scottsdale Insurance Co. which is non-admitted and used to insure businesses less common or with unusual coverage requirements, such as liability for the electronic security industry with its need to include Errors & Omissions coverage, which the Admitted Scottsdale Indemnity is not able to offer.

What Really Matters is Financial Strength

Another characteristic of Admitted insurers is that in the event of bankruptcy, they are backed by the state’s Guarantee fund, which is a pool of funds collected from Admitted insurers and set aside by the state that will be available if an Admitted insurer goes bankrupt to cover certain claims to a limited degree. So in our example above, does this mean customers of admitted Scottsdale Indemnity Co are at less risk of their insurer going bankrupt than are customers of non-admitted Scottsdale Insurance Co? Not at all. Here is where an insurer’s financial ratings come into play: financial ratings are a far better indicator of future claim-paying ability than whether a carrier is Admitted or not, as ratings reflect how much surplus funds (liquidity) a carrier has available for claims, as well as their relative size. (Footnote: all the carriers I’ve seen bankruptcy headlines for over the last 25 years have been Admitted; I’ve yet to see a non-Admitted carrier allowed to go insolvent).

The most looked-to global credit rating agency focusing on the insurance industry is AM Best Rating Services. They rate insurance companies’ financial strength with two factors: a letter grading system from A to F, indicating liquidity and ability to meet ongoing insurance obligations, with A being Excellent; and a numeric assignment of 1/I to 15/XV indicating financial size. AM Best provides a free tool to enable insurance buyers to confirm an insurer’s rating so they can get a feel for the financial stability of any carrier they’re considering. To access this free resource, individuals can go to www.ambest.com, sign up for a free account, and then search for insurer ratings by name anytime they like. In our example case of Scottsdale, you’ll see both their Admitted and non-Admitted sides carry the same financial rating.

For a longer-view perspective, insurance-buyers can pull up the ratings of the insurer they’re considering, scroll down the page to see how their ratings have changed over the years to see how they’re trending. We recommend this site to our customers: it’s easy to access and helpful when making decisions. Nothing beats having a disinterested 3rd party confirm your insurer has money in the bank.

Your email address will not be published. Required fields are marked *